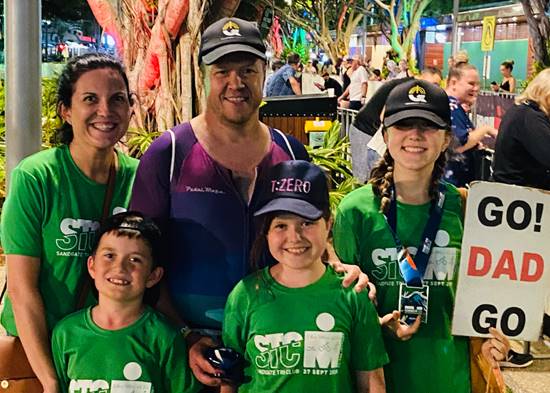 We ask the hard questions of those who have been there,
done that and got the T shirt!

Triathlete, Ironman, Husband, Dad and all round great guy! 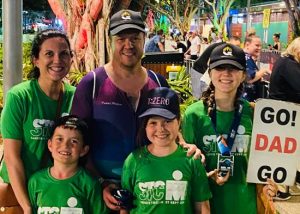 Which is your favourite leg of the tri/ironman?  My favourite leg is definitely the run.  It is the part where you get the most crowd involvement and those amazing finish line feels.  All that aside, I have always been a runner, and did a lot when I was younger so it came pretty naturally to me.  Unlike running, I never swam or had lessons, so that has been a challenge.  But probably the biggest surprise has been the bike.  I thought it would the easiest to pick up and improve at, but the strong guys are just so good on the bike.  Improvement takes a lot of hours on the bike, outdoors and on the dreaded indoor trainer.  As such, the bike would be my weakest leg but funnily enough it’s my favourite to train for as it’s a lot more social that the other two.

What made you start doing Tri’s?  I had done a couple of triathlons way back in my 20’s in the preseason of footy and really enjoyed them.  After moving to Brisbane, I 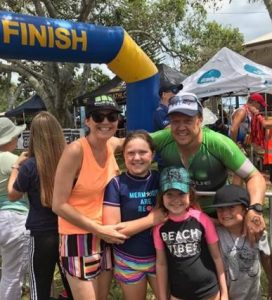 met a couple of guys through footy who were training for the Cairns Ironman in 2015.  I’d only ever seen it on the television (

Hawaii probably) and didn’t realise it was a “thing” here in Australia so decided I’d head up to Cairns for a weekend of catching up with other mates, but also going along to watch the race.  I can remember standing on the sidelines, watching my friends, watching strangers, with tears of emotion in my eyes and thinking “I’ve gotta do this one day”.  I was hooked and made the decision there and then that one day I would be an Ironman.

What was the worse thing that has happened to you in a race and how did you deal with it?  I’ve been pretty lucky (touch wood), but doing the Ironman Cairns 2019 I had big stomach and nu 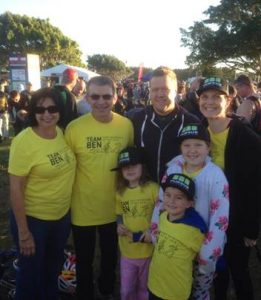 trition trouble where I couldn’t keep anything down.  I had had a massive build, I was the fittest I’d been and on track for my best race yet.  Halfway through the bike, I g

ot quite ill and had stomach issues.  By the time I go to the run leg, I couldn’t keep anything down and was forced to do the marathon on water alone (not recommended).  I was shattered and quite upset.  It was a real crossroad for me.  Quit or finish.  One of the reasons I do this sport is to prove I’m no quitter.  I had some amazing support in the crowd and I just found a way to finish.  Since then, I swore I’ll never let a race upset me like that again.  It is what it is, and we are just privileged to be able to race.

Best race where everything fell into place? Taupo 70.3 2019.  I had raced the Tweed Enduro two weeks before and had my fastest 70.3 race yet.  I was really fit and we decided to have a NZ holiday before my build towards Cairns Ironman 2019.  As part of that holiday, I thought I’d do Taupo 70.3 as “training”.  I’d heard it was a nice race to do, challenging course in a beautiful location, and one for the bucket list. I had little expectation on my result and was very relaxed about it.  I had a strong swim and bike (even if I went the wrong way for a few minutes) and most surprising of all, I had easily my fastest ROTB and top 10 in my age group (which never happens).  Not only was it my best race, it was such valuable lesson around attitude before and during a race.

What do you think has been your biggest achievement so far?  Since doing my first Ironman in Port in 2018, my goal has always been to break 12hours and I finally did that at Cairns Ironman 2021.  Whilst till not a perfect race (I’m realising they never are), I finally got reward for effort and a result closer to what I believe I’m capable of.  But if I had to list my biggest achievement, it was probably the year before, Cairns Ironman 2020 when it was pushed out to September due to covid.  It was incredibly hot, always windy and easily the toughest race I’ve done.  It was never going to be a fast time but sometimes it’s just not about that.  Finishing it was something I’m pretty proud of.  Ironically my slowest Ironman is the one I’m most proud of.

When you started out, did you ever think you would be able to do an Ironman? From Day 1, finishing and Ironman was always the goal.  And it’s safe to say I now have the bug.  But since that first one, I’m much more relaxed and realistic about it.  Juggling the training with family life and ensuring my priorities are still in the right order.  Now it’s a case of how long can I go for.  This year has been my biggest challenge yet with injury and now illness.  Port Mac 2022 is going to be an interesting one. 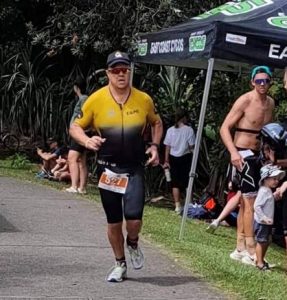 Why do you continue to do it?  I love the challenge that is ironman.  Before doing one, I thought the challenge was purely a physical one… but it is so much more than that.  It’s as much mental as it is physical.. on the day and in the training leading up to it. As they say, completing an Ironman isn’t an accident, it’s the result of hard work, commitment and dedication. I love the lifestyle, I love the people, I love the stories.  I think it’s probably the only sport that you have as much or maybe even more respect for the people coming in behind you than the ones in front.  Ironman is not for everyone and that’s absolutely fair enough.  I wouldn’t recommend it for everyone… but I’d definitely recommend going to watch the finish of one.  That is pretty special. 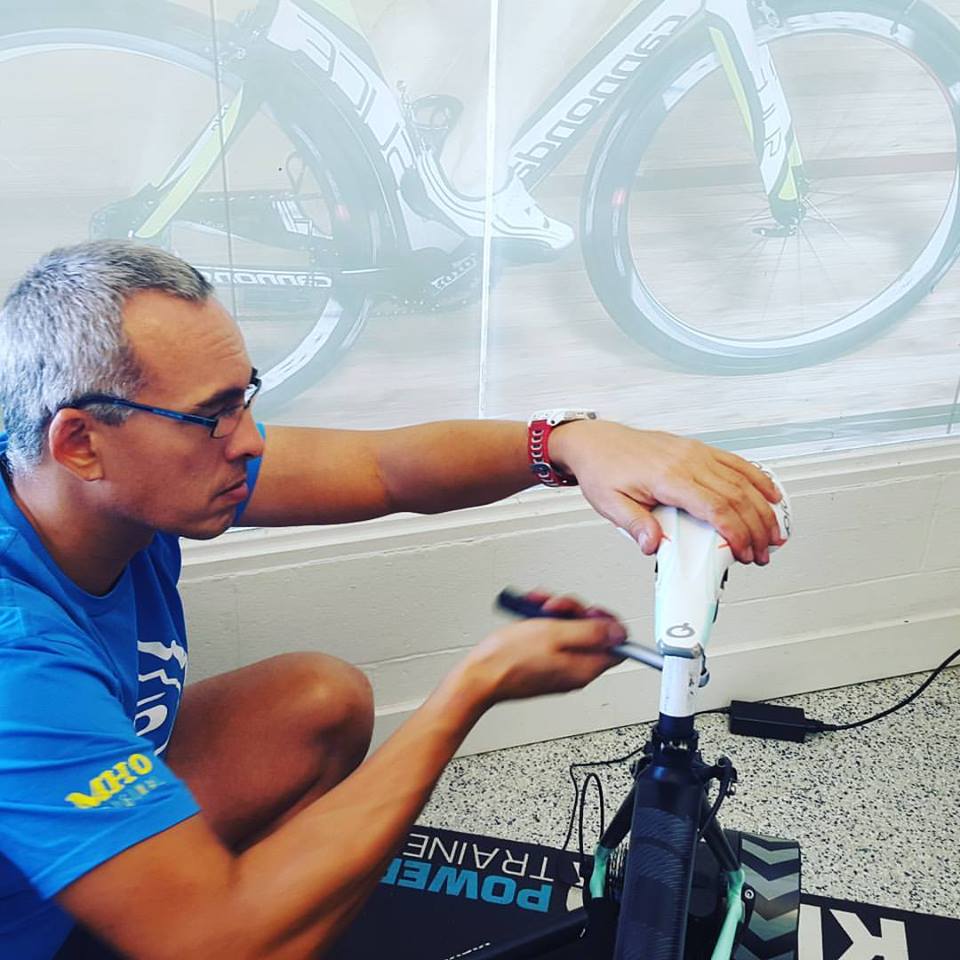 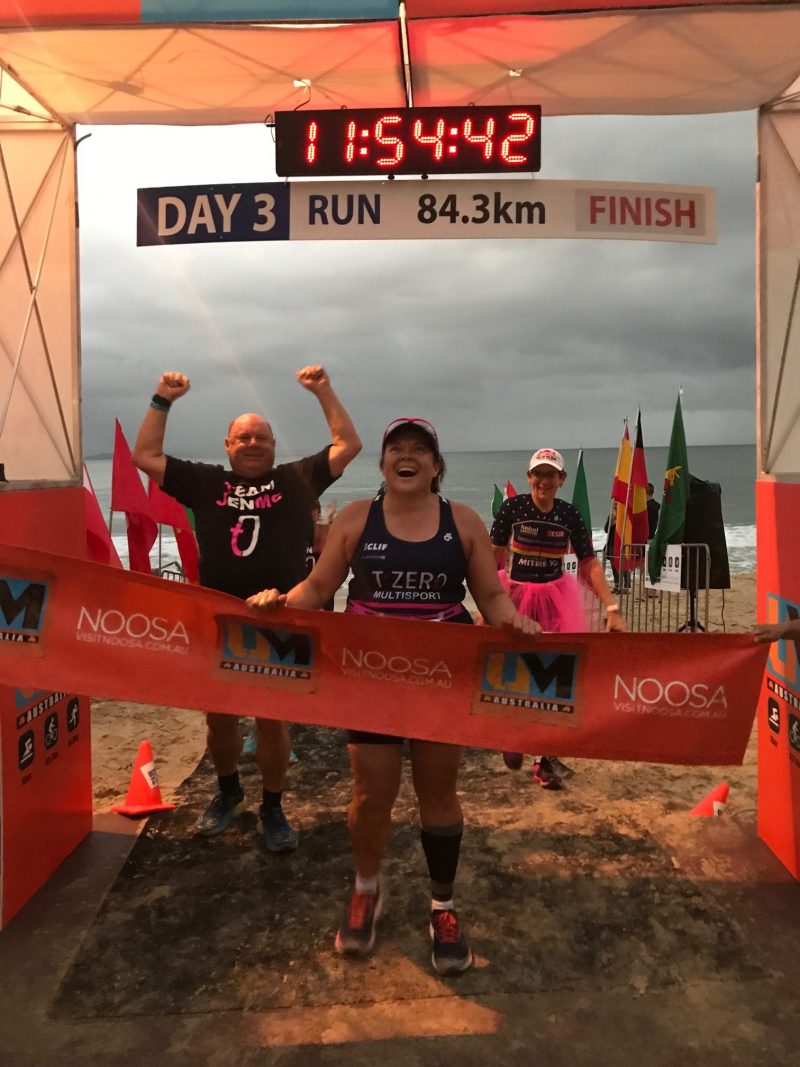